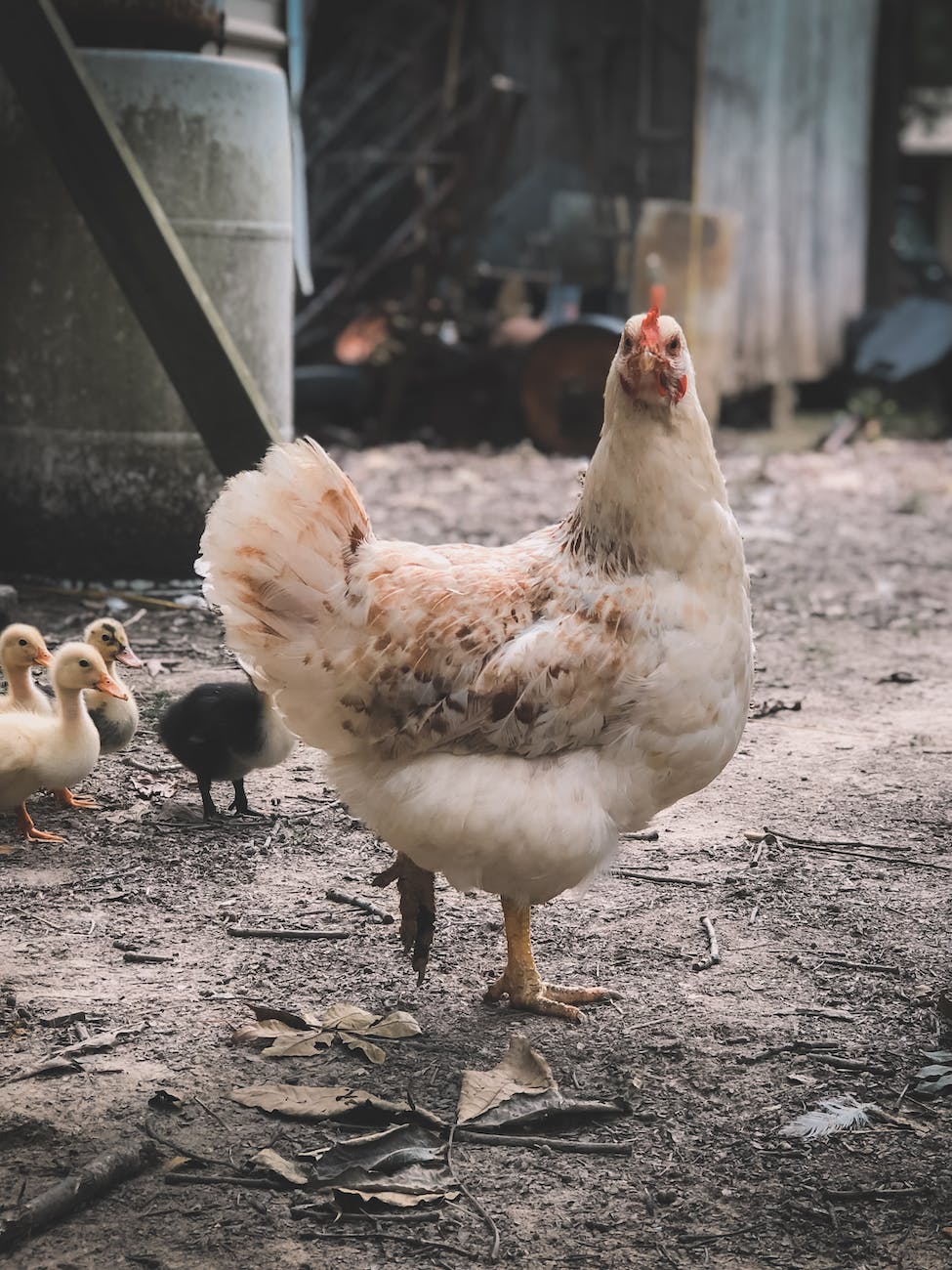 “There are those who say one should not say it [the blessing on new things, Shehehianu] on shoes or clothing made from animals’ leather, because another animal needed to die before it was turned into a new garment, as it is written, ‘His mercy is upon all His works’ (Psalms 145:9).” – Rabbi Moses Isserles (Rama’) on Shulhan ‘Arukh OH 223:6

Kapparos is a Jewish religious practice originating in the medieval times where on the day before Yom Kippur a live chicken is swung over a person’s head three times before the chicken is slaughtered. The purpose of the ritual is for the chicken to symbolically receive all the sins of the person participating in the ritual, and the chicken is supposed to be given to the poor as charity.

Despite only a small fraction of members of the Jewish faith practicing the ritual using live chickens, each year thousands of chickens are kept in harsh and torturous conditions waiting to be used for kapparos. Many are never used and some are left to die of dehydration and starvation. Furthermore, undercover investigations have revealed that ritually slaughtered kosher chickens allegedly earmarked for “the poor” were instead thrown into the trash.

​However, none of this cruelty is necessary because the ritual can also be performed using coins instead of a chicken and then donating the money. We encourage reframing the custom and turning it into a life-giving, rather than a life-taking custom by donating the money from your kapparos to an animal-advocacy organization and going into Yom Kippur with a mindset of compassion.

Here are two texts to use and to provide to anyone wishing to perform this ritual.

​This text affirms that the donation will go to gemilut hasadim, “good deeds,” rather than the more-commonly used term tzedaqah, which, while often translated generally as “charity,” is used in Jewish law to refer only to giving food to those in need. Giving to people in need is obviously very important and holy, but this text allows one to focus their kapparos on helping animal lives during a ritual that usually neglects them.

​This text has the unchanged Hebrew text, with instructions in Yiddish, affirming that the donation will go to tzedaqah, “charity.” Hopefully by using this text, you can help people and animals by doing kapparos with money instead of chickens.

​”I used to use chickens, but it made a mess in the home and sometimes it died on the way. It was not simple. Hence, I did hataras nedarim and began with using money. Giving money is preferable anyway, since it is not dirty, and we eliminate the issue brought up by the Ben Ish Chai, that a chicken sees the other being slaughtered and becomes fearful and its lung collapses.” – Rabbi Meir Mazuz

ORTHODOX RABBIS WHO HAVE COME OUT IN OPPOSITION TO THE PRACTICE OF CHICKEN KAPPAROS: